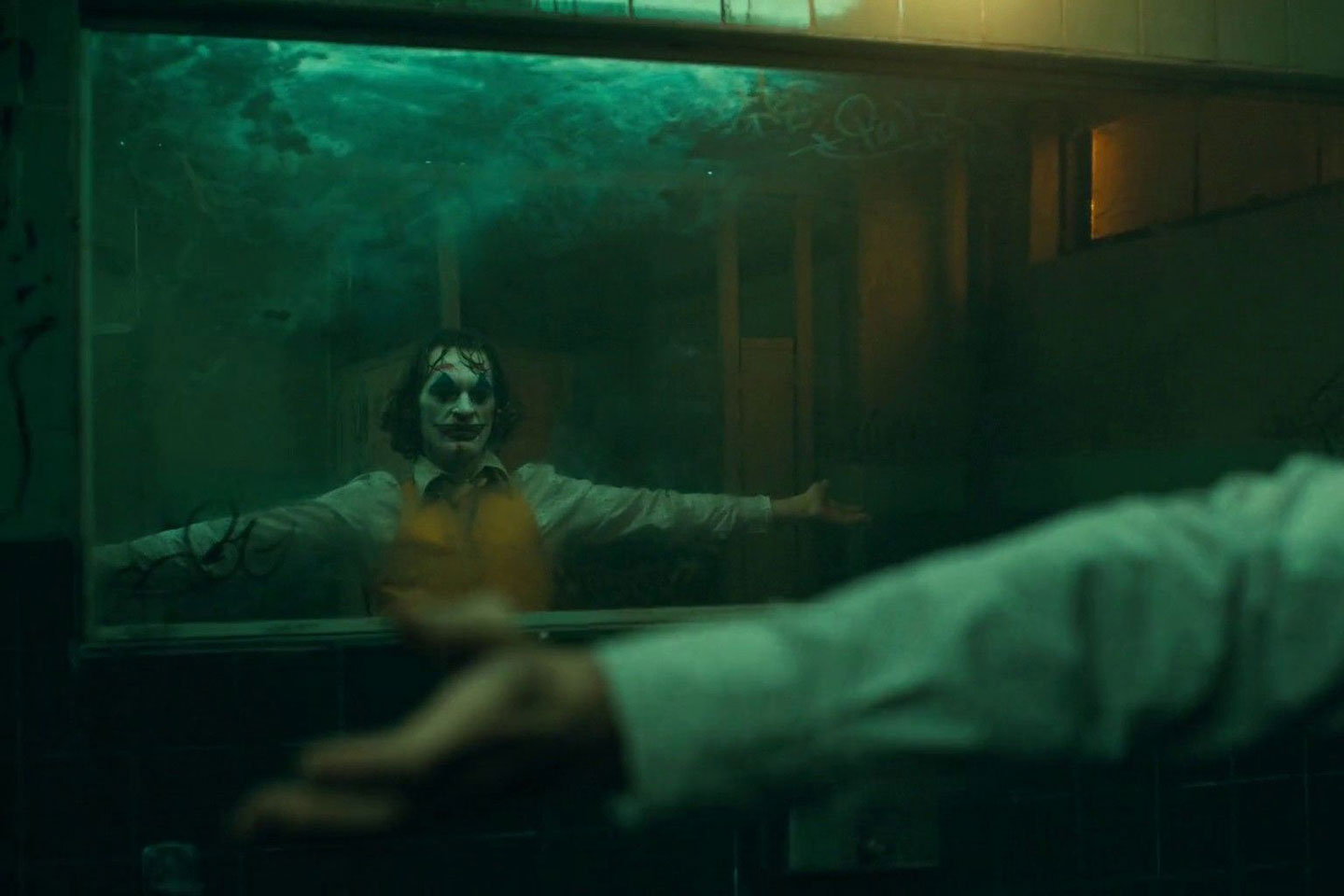 Movement is sometimes compulsive. Consider nervous pacing, or punching the air in celebration: emotion manifests in the body, propelling it up or down or across a space. Sometimes, the purpose of a dance can be to codify or ritualise that process, or even exert an element of control over it. If we can summon the shapes of joy, perhaps we can persuade our bodies that we are happy. If we call our dance a ritual of change, renewal, hope or celebration, perhaps we will step out on the other side of the dance changed, renewed, hopeful or celebratory.

In Todd Phillips’s divisive 2019 film Joker, Joaquin Phoenix as Arthur Fleck performs an introspective, meditative dance in a public toilet. A fascinating scene in a sometimes tedious film, it occurs after Fleck has murdered three businessmen who have been harassing him on the metro – his first deliberate murder.

In the original screenplay, after bursting in to the bathroom, Arthur Fleck is scripted as babbling to himself in the mirror before putting his gun to his head and pulling the trigger, only to discover there are no bullets left in it. It would have drawn irresistible comparisons to Robert De Niro’s famous ‘you talkin’ to me?’ mirror soliloquy in Martin Scorsese’s Taxi Driver, a film which critics of Joker consider to be a superior version of Phillips’s DC Comics derivation. Phoenix, unscripted, performed the dance after hearing Hilda Guðnadóttir’s melancholy cello composition, which Phillips played on set one day during filming.

This atmospheric dance feels like a rite. Fleck takes the terrified bolting energy of his killing and exerts control over that energy with ritualised movement. The first thing the camera focuses on are his feet, edging unsurely along the floor. It’s a tentative cross-step. Sped up, performed with confidence, it might be the vaudeville showman swagger of the Joker, but at this stage, Fleck is still Fleck, and feeling his way.

We follow his hands – fingers loose, still hesitant – and his arms, in soft curves, propel him into a hesitant backbend. Again, if sped up and executed with certainty, we might see him sweep down into the ironic bow of the Clown Prince of Crime after completing a particularly heinous felony, but he’s still learning the possibilities of this new movement. (The audience are later treated to a fully fledged manifestation of this language in the far more famous staircase dance.) The angle of the camera gives us a haunting view of Fleck’s face – no jester gurn, no thunderous frown, but a slack, introspective mask, the glimmer of the eyes focused inwards.

The camera pulls back; we do not focus on individual parts of the body testing their energy, but the whole body unifying the energy. Arms and shoulders ripple, stiffly and then more fluidly. A wave is passing over Fleck, carrying him along, washing him clean or completely submerging him – it will all depend on how you interpret his transformation. As he moves more creatively, with growing certainty, his fluid undulations take on a tai chi calm and curl. As with the waves, there are multiple ways to interpret this: Fleck is trying to calm and control his fear with meditative movement; Fleck is using the movement as a way of summoning a more martial energy, bringing deliberation and strength to his upper body; Fleck is motioning a kind of cleansing ritual, shedding his old self. When it ends, he faces the mirror, arms extended fully on either side of his body: here I am. I see me. I know me. I am ready.

In the following scene, he marches along a corridor in his apartment building, to knock on his neighbour’s door. Note the square shoulders, the high head. Until this point, Phoenix has played Fleck slumped and resigned, or cringing around a cigarette, or bent under exhaustion. There is a new cast to his body. He finally has the confidence to own his body – or else, his body is no longer him at all, and someone else has taken over. ● 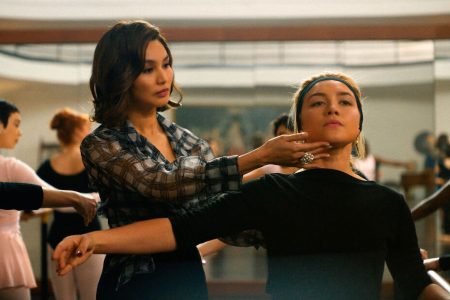 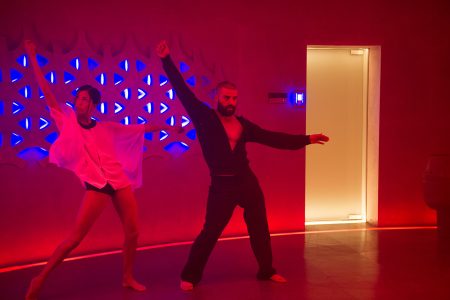 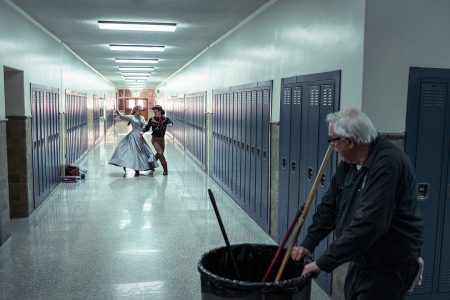