Slick, stylish, violent… the Axe Gang in Stephen Chow’s King Fu Hustle know how to cut a figure on the dance floor – and off it!

‘Nothing Ventured, Nothing Gained’ introduces Kwok-Kwan Chan as Brother Sum, leader of the notorious Axe Gang. Moments before the song starts, we watch Brother Sum brutally slay the leader of a rival gang in front of a police station – revealing that the Axe Gang have paid off the cops, and insinuating that no law-abiding citizen is safe from their wicked machinations.

What makes this killing especially startling is Brother Sum’s psychotic, almost gleeful approach to the murder. His rival is felled by a thrown axe to the knee, severing the leg. Brother Sum is handed an axe by an off-screen henchman, and begins to sashay towards the luckless, legless gangster. But the music he is cavorting to is ‘Nothing Ventured, Nothing Gained’ – audible only to the audience, and to the crazed axe-killer.

This does two things. First, it places Brother Sum outside the realm of even this film’s wacky, cartoonish world; he is propelled by a force beyond the reach of the other characters to plummet to unimaginably evil depths. But it also emphasises the level of choreography a martial arts film requires: the attention to detail of movement and respect for its lineage necessary for the film’s achievement.

And so, having set up the antagonist so succinctly, Chow moves to the operating practices of the Axe Gang themselves.


‘Frankly, they can do this all day.’ The Axe Gang blend orchestrated violence with slick formation dancing in Stephen Chow’s Kung Fu Hustle (2004)

If filmed from the front, this scene would force us to face the slickly sliding villain; but the camera is suspended from above, imparting a sense of his impassable inhumanity.

Brother Sum is still breezing to his own beat. He describes a zigzag pattern with his laconic steps, like a chess piece moving across the board to its own private rules. When he snaps his fingers to bring on a pair of suit-clad goons, they move together in a loose two-step. More and more goons flood on between cut-scenes of violent, gang-related death, heralded by the smoky snap of an old-fashioned camera flash.

The deliberate heaviness and the relaxed, even floppy joints, combined with the linear composition that recalls something military and drill-like, is an arrogant tell. The Axe Gang are tough, united, macho, but don’t need to try hard to flaunt it: frankly, they can do this all day.

The first shock is the lazy kick that is balanced by thrown-back heads – the bare flash of throat and face jolts the audience out of passive spectatorship. The scene cuts away again – more details of crimes – and when we return to the Axe Gang,  we are confronted by – borne down on by – a mass of aggressive bodies.

With so many gangsters ranged on the floor, and the camera so close, their threat is palpable. Their movements have become more frenetic, more belligerent – axes pumped in the air, hips tossed from side to side, heads swivelling. In the meantime, the intercut scenes become more detailed, and their realism makes the Axe Gang’s war dance all the more conspicuous. As the music builds to a climax, we know one thing for sure: these edged weapons will keep us too on edge. ● 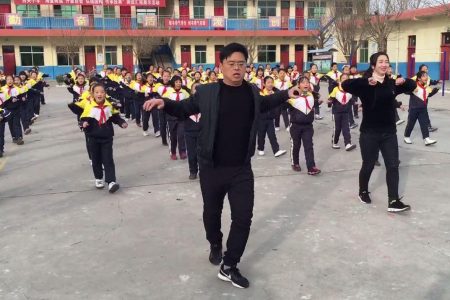 Dance+: Dancing in the schoolyard 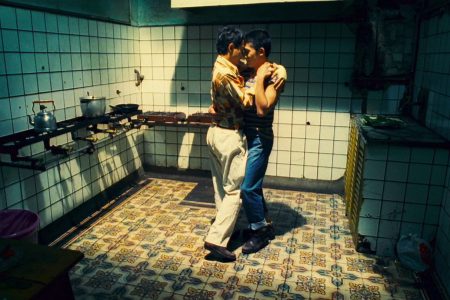 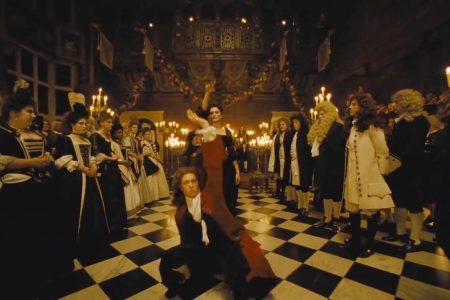 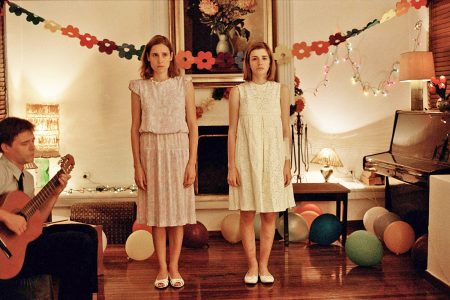