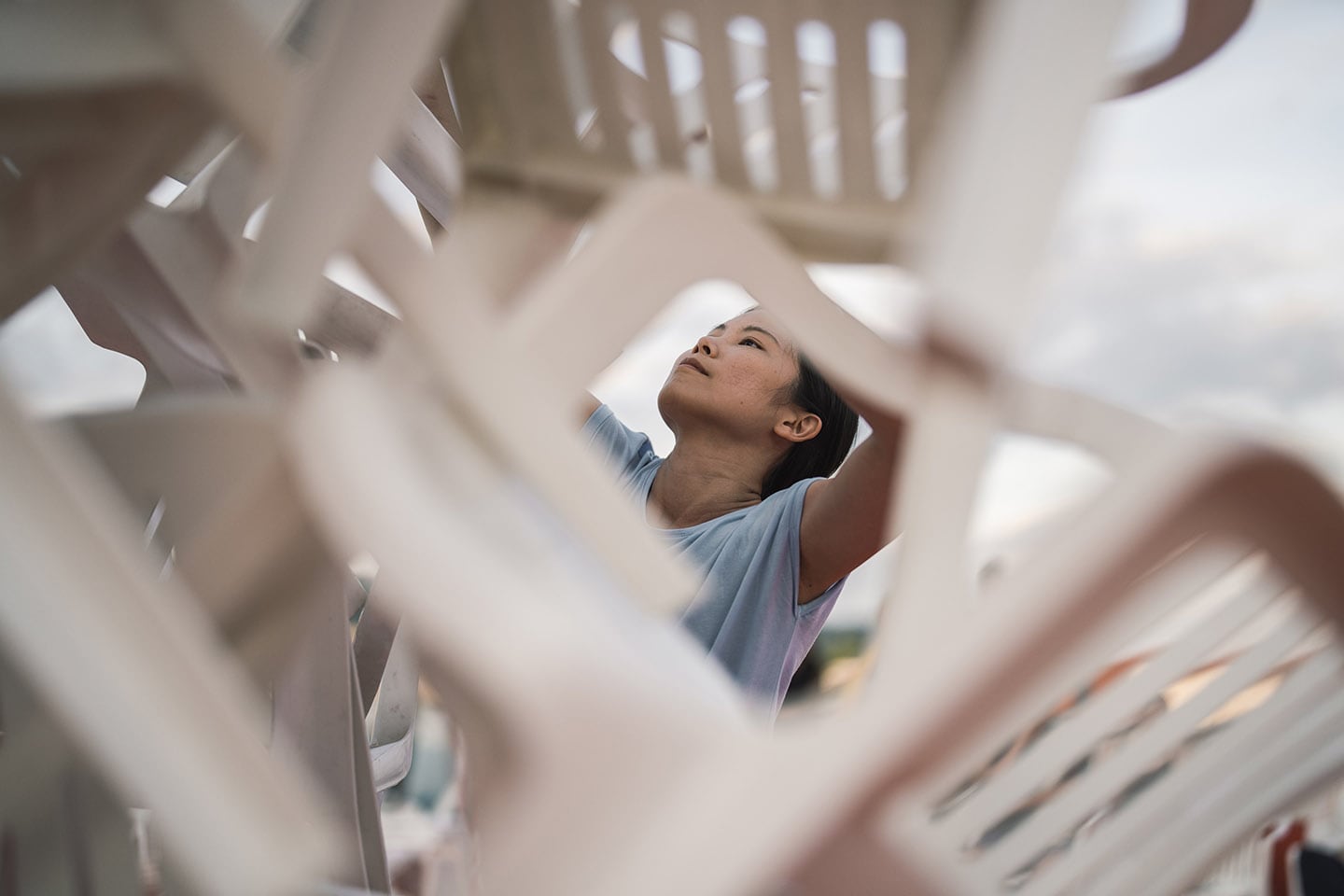 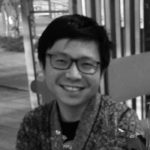 Paris. In my tiny apartment, I am visiting DFC Francisco Carolinum, a four-storey museum located at 17 Clarion Alley on San Francisco Island. I will not keep you in suspense: located in the Metaverse Voxels, this virtual venue, one of the first in the world, is part of the Linz-based Francisco Carolinum art museum. The current exhibition documents the first edition of The Non-Fungible Body? performance festival that I had recently visited on site in Linz, Austria, which, with a selection of 14 performance artists, questions relations between performing bodies and digital media.

Friday 17, June. Linz. After a short touristic walk in the city, I arrive at OK Linz, the main venue of the festival. The building has nothing contemporary from the outside (it was first opened in 1895) but the extended roof is a magnificent space of metal and concrete providing a 360-degree view of the city and its surroundings. Xie Rong’s Chinese Knot opens the festival. The multiple pieces of Chinese red silk fabric in the sunlight created an unforgettable image and dramatic contrast with Xie’s white-painted body – but the performance is not as brisk as the stage setting. A tedious voice recording in English details the story of a chained Chinese woman, while Xie’s live performance is mostly motionless, with just a few fabric knotting gestures.

Yun-Chen Chang manages to better capture the audience’s attention with Still Changing: Skyline. With her body, she moves a disorganised pile of white plastic chairs, the landscape of the pile following this delicate adventure of body weight and balance. Spectators change positions, capturing the changing volume of landscape, which also dialogues with the mountainous Austrian landscape. Chang excels at involving the audience in this white landscape by mimicking their postures, inviting them to sit, exchanging chairs with them, and finally encouraging them to co-construct another new pile.

We move to the biggest section of the roof for Collective Happening. On the sea-blue floor are some plants and a few seating platforms. Six artists are split over the space individually performing along with fluid electronic music. On one round platform Sarah Trouche uses her body to melt big ice bricks; In the centre, Sajan Mani unfolds metre-wide paper roll with his head and draws on it, as Beatrice Didier, in a diving suit, inflates a balloon. Next to the roof edge, another Marita Bullmann dances with a tree branch and an older man, Boris Nieslony, shakes his head covered with a dark red satin cloth. Meanwhile, Chang walks into the scene holding a very long horizontal paper roll on her back. Spectators either circulate among artists or stick to a spot observing the evolving space.

Gradually, boundaries between artists disappear and interactions appear: Bullmann places the branch on Nieslony’s head and Didier pricks the balloon behind Mani… Chang finds a place where she can unfold the giant paper on the floor and invites three spectators to make an origami with her. When the sun goes down further with softening light, Xie joins the space with her full body painted red, standing in a pillory in the form of Chinese knot. This silent apparition is finally more theatrical than her initial performance.

‘The Collective Happening is a signature conceived for the festival,’ said River Lin, the co-curator of the festival, when we later met in a Parisian café on the left bank. Surprisingly, this well-conceived performance is mainly based on improvisation. In the space Lin designed, each artist was assigned an area and required to perform in their own way. Prior to the performance, artists also checked if they could use others’ materials. All interactions happened spontaneously and Lin kept observing the performance and adapted the sound ambiance with the help of Alexandre Bouvier. It was also Lin who gave the ending sign that spectators could not discern.

Indeed, the Collective Happening once again proves Lin’s capacity to contextualise performers of different backgrounds in a defined space (I had previously seen his Art History on Escalators and My Body is a Queer History Museum in Paris). It confirms that body is indeed non-fungible as a non-exchangeable entity – but would mixing with unfamiliar digital performers or issuing a special collective non-fungible token (NFT) add another virtual context? Did my own Instagram story publication contribute to the digitalisation of this happening? At least, when I watch the videos and photos now, I cannot imagine the exact experience I had without having been there. Maybe the question is: how might this type of performance one day have its own online system? Virtual reality?

Day 2. After a quick lunch, I find the Landestheater for Gone by Now, the first of a series of three performances developed by Jiannan Qu (and the only one I could attend). Around 20 dancers are dispatched in the foyer, standing up. They start bending their knees repeatedly, exchanging position between them from time to time. One dancer waves her hand and everyone repeats. Step by step, more movements emerge and we start understanding the situation: their movements come from daily life: listen to music, look at watch, greet friends, run… And yet, these movements do not seem natural. In the festival brochure, it is said that they are virtual reality simulations of human ones. That makes sense.

When I asked Lin how he selected artists with co-curator Freda Fiala, he said that in addition to their respective networks, they also identified digital performance artists such as Jan Hakon Erichsen, who had so far performed exclusively on Instagram (where he has over 810,000 followers). Lin and Fiala suggested Erichsen to select seven short pieces to perform live in Linz. The whole performance lasted barely two minutes but it was exhilarating. Erichsen destructs daily objects like balloons and spaghettis in a sharp and dramatic way and the number of his Instagram followers confirms his popularity. When I watch his videos on his Instagram, the effect is not the same as the non-fungible edition: online you have only the most spectacular cut, and probably the best one after multiple trials; offline we witness his physical presence, his preparation for each piece, the interval between pieces, the eventual imperfection (remaining uncut spaghettis for example) and the applause (with audience in the same space). This experimentation shows the complementarity of both universes and could inspire offline artists to perform digitally. (In this respect, the day 3 interview-performance live streamed from New York with David Henry Nobody Jr looks inspiring too, though I missed it due to travelling).

In performance art history, Viennese Actionism of the 1960s was a remarkable if short-lived movement. With this new performance festival, OK Linz director Alfred Weidinger initiates a new chapter for Austrian performance art scene. Bringing together a diversity of artists (from performance pioneers in the 70s to the latest online ones) makes for a meaningful debut connecting to performance art history. Similar to other performing arts, performance art faces the challenges and opportunities of digitalisation, accelerated by Covid-19. The non-fungible nature of online NFTs is what makes their value unique. How about the body, the irreplaceable medium of performance? Lin and Fiala choose an up-to-date angle investigating the economic future of body and performance; in future editions of the festival, I hope we could see even more new possibilities experimenting with the body/performance interchange, between fungible and non-fungible.

Lin mentioned to me Nieslony’s Day 3 performance: the 76-year-old man moving a few extremely heavy stones in a corridor. Meanwhile, back at DFC Francisco Carolinum, there are NFTs available for sale. These two images may enlighten our reflection on performance and digitalisation… ● 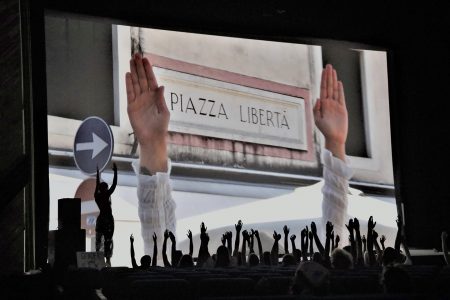