A report from the first ‘international dance hackathon’, a joint venture between Liège, London and Lyon that is more than just a competition

Dansathon was a dance and digital technology hackathon that took place simultaneously in Liège, London and Lyon (I list them in merely alphabetical order) over the weekend of 28–30 September 2018, jointly organised by Théâtre de Liège, Sadler’s Wells and Maison de la danse. In each city, five multidisciplinary teams, selected by application and variously coached, mentored and facilitated, were formed to come up with dance-tech project ideas and prototypes, which they presented to a a jury in each location. Each winning team was awarded €10,000 to go forth and develop their project.

Prizes, places, pitches – I got the general idea: a kind of artistic-geekout session in the format of one of those TV shows where hopeful entrepreneurs present startup ideas to fearsome judges – except (this being art, not TV) with less gladiatorial intimidation and more touchy-feeliness. Still, there was one word I didn’t understand. What is a ‘hackathon’?

To find out, I asked the first likely person I could collar when I arrived in the sparsely efficient conference space of the Plexal Centre in east London. And lo: Gonçalo Lopes, a software engineer turned neuroscientist and one of the Dansathon mentors, not only knew the answer but explained it for me. A hackathon, he said in his fast-talking, synapse-buzzing way, is a short, intensive and fluid gathering of people to brainstorm ideas and techniques in the hope of producing at least one of two outcomes, both unpremeditated: to come up with something that wasn’t even thinkable before; and to break taboos – or at least disrupt convention.

A view from London

Uncertain of what’s new and what’s taboo in the dance-tech field, I can’t judge how the event measured up as a hackathon – but I can tell you what I saw. My overriding impression was that while technology is often perceived as alienating, impersonal or non-corporeal, several projects focused on making it connective, interpersonal and sensorial. One team used an EEG (electroencephalogram) to visually represent brain activity within fluctuating states of being – calmness, agitation, flow – with the aim of increasing interpersonal awareness and responsiveness. Another had the idea of monitoring and amplification to use technology as a kind of ‘umbilical’ connection between bodies to increase empathy and intimacy. Again, a device would pick up signals from inside the performer’s body (heartbeat, breath) but instead of generating a representation, they would be transmitted to someone else wearing a receptor so that they could feel the sensations physically. The technology was designed to connect body to body: both source and destination of the signal were internal.

If these two projects were concerned with physical experience, others had a more familiar focus on screens. An idea for a mobile app gave a new spin to the term ‘dance routine’ by tracking actions through daily life and producing a screen-based dance representation of your day. Another project – an impressively thought-out package, in fact – proposed a public park installation, where people walking by would find themselves duetting with a dancing avatar, generated through continually updated machine-learnt movements taken from all and any bypassers: adults, children, pram-pushers, cyclists, even dogs.

The last project used a ‘playground’ of coloured balloons to produce a kind of score which could be used to compose choreography – similar in some ways to Merce Cunningham’s use of software for dance, but using real people’s playful behaviour as the input source.

Not so fast! First, I want to mention another issue that came up that was not to do with dance or technology, but rather with idea of competition itself.

Competitions have winners. So they have losers – don’t they?

It’s a truism, yes. But I think a more interesting question is not what a competition is, but what it does. Because the process can sometimes be as valuable, if also as unpredictable, as the outcome.

First of all, it can stimulate creation. Each Dansathon event generated five project ideas where before there were none. Does the winning idea take it all? Not necessarily. For example, I thought that the team with the walk-past park installation (who – spoiler alert! – didn’t win), ended up with a package that they could very well submit to developers or backers, with a good chance of it being taken up.

Second, as facilitator Sarah Levinsky pointed out to me, whenever you get a group of people together, your ultimate resource is not their ideas and skills, though it includes that: it’s the people themselves. And people are complex, contradictory, thinking, acting, feeling and often frankly unfathomable beings, sometimes compatible, sometimes not. Part of the unpredictability of the process is not who wins but what results from the encounter. And you can’t legislate for that. All you can do is create a conducive environment.

The competition format also attracts a degree of public attention. Arts-research lab? Great for insiders and valuable in its place – but for outsiders, a teeny bit of a yawn. Whereas with a competition, people immediately ask: who won, why, what was the prize, what happens next. No doubt there are downsides. The competitive mentality, I think, rarely produces the best results – but then I think it’s up to the participants to pay attention to the project more than the prize.

Ultimately, a competition is many things and only one of those is about the prize. Of course, only a idealist – or a publicist – would spin the line that everyone is a winner; nevertheless, there’s a bigger picture than just winners and losers.

And with that in mind… 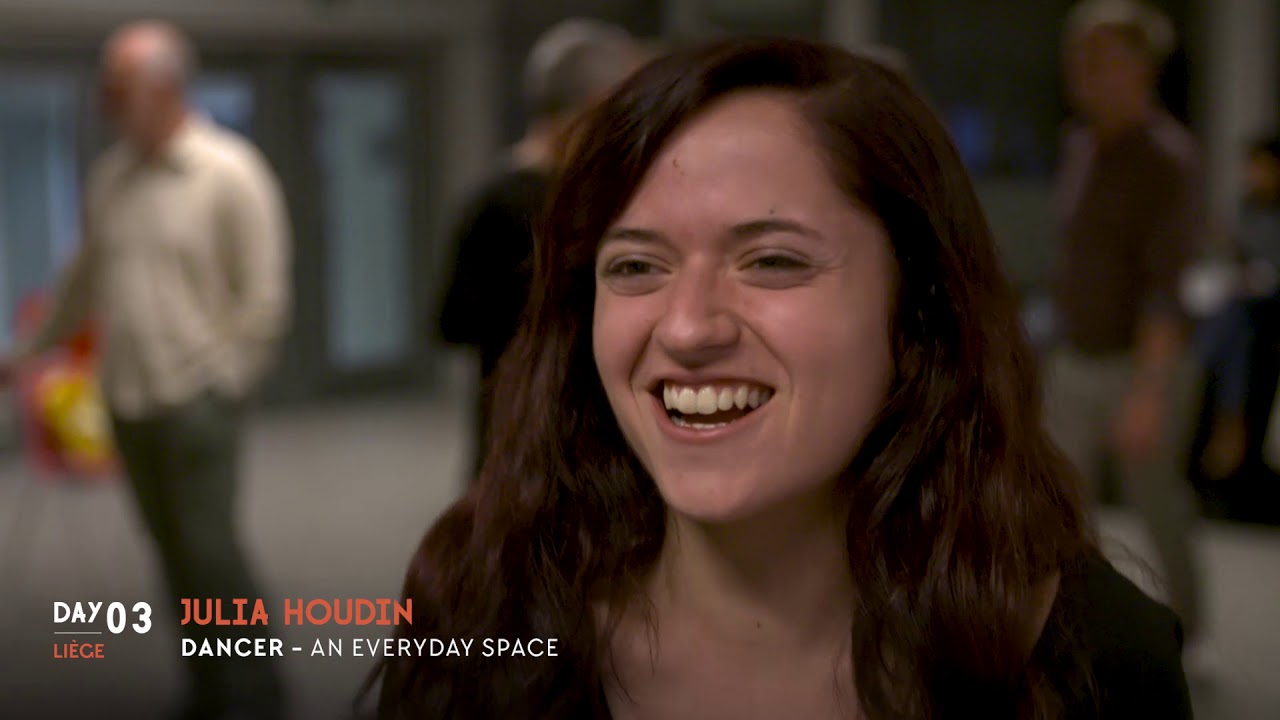 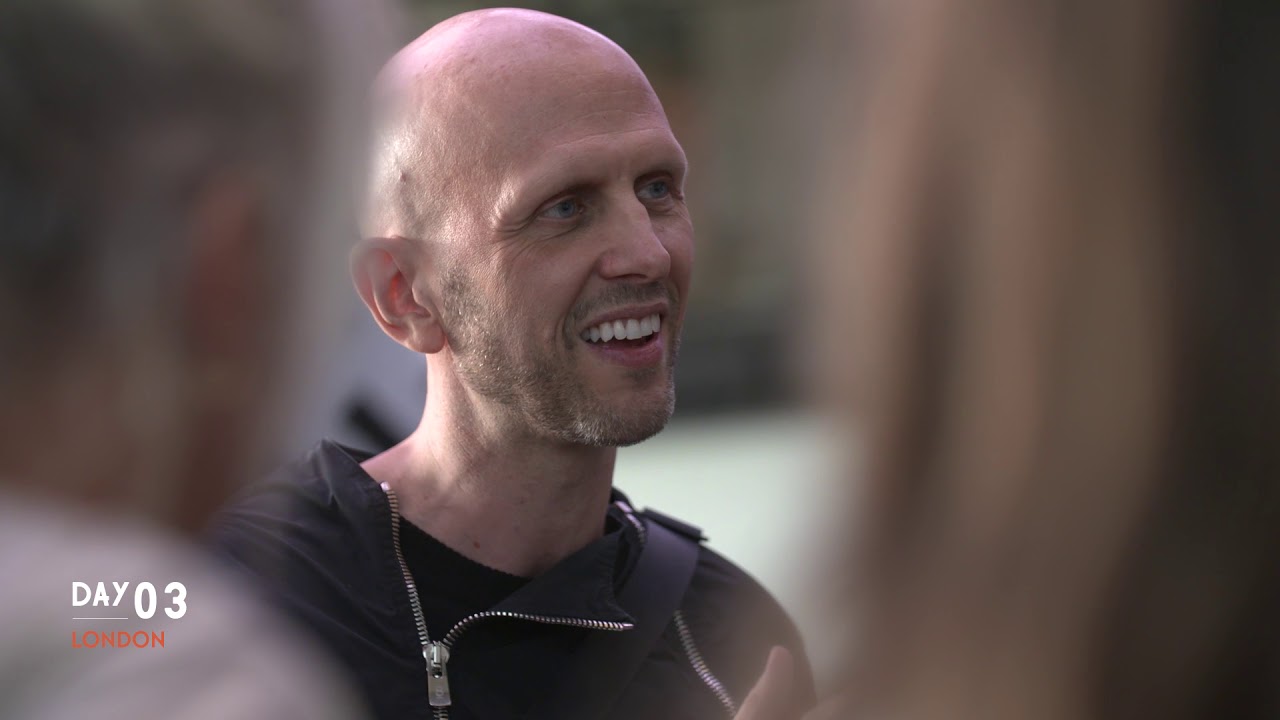 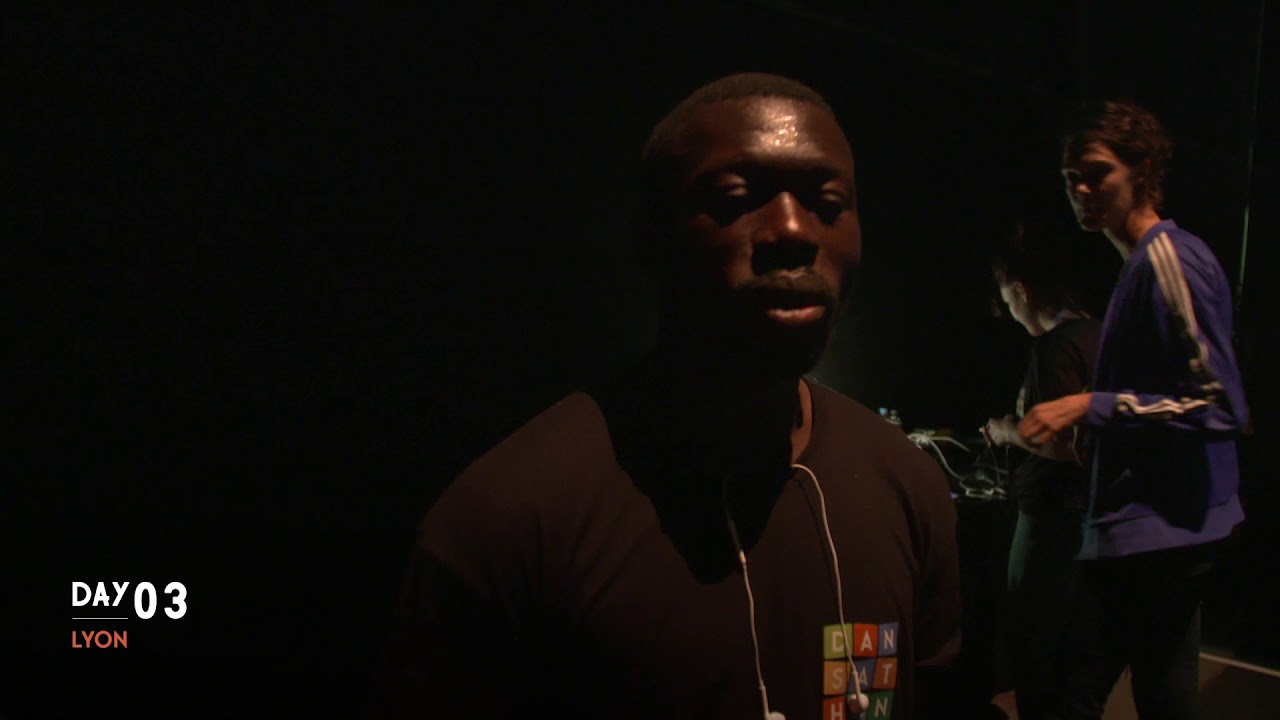 I quote from the jury reports because (not least because I was only in London) who am I to judge?

Cloud Dancing: ‘Take a break: connect now, watch here, feel it!’
Cloud Dancing is an immersive and interactive dance performance that combines dance and virtual reality, created by Sophie Caron, Julia Houdin, Emily Kirwan, Guida Mauricio, Aurélien Merceron, Roman Miletitch and JY. Specta(c)tors can experience and watch the choreography that brings together dancers and 3D images whilst either being present at the theatre or whilst being in a different location such as a café, with friends or on the sofa at home. All at the same time and in different countries! Even if they are not dancers themselves, spectators can interact with dancers either live – on stage – or via their smartphone and a virtual reality headset, and have an impact on the choreography in real time.

Digital Umbilical: How can technology be soulful?
The winning team was made up of Salome Bazin, Lara Buffard, Simon Haenggi, Katelyn Notman, Jon Rowe, Adam Seid Tahir and Renaud Wiser. They created a project that aims to humanise technology. The team was looking to create a connection between strangers and build a shared experience through the senses and new technologies. In a one to one experience, wearable technology worn by both audience member and performer was used to create a soundscape from the breath of the dancer and the pulse of the spectator. The ability to experience the physicality and emotional state of another human is a way of positioning the human at the heart of this technological experience.

The hope – according to Jean-Jacque Garon, managing director of BNP Paribas Foundation, which created the whole project – is that Dansathon will become a regular event. That’s the hope; the plan is that the outcome of the prizewinners’ development period will be made public at a date yet to be confirmed. We’ll post an update online here when we know, or you can keep an eye on the Dansathon website. ●