In extravagant sunglasses, Dimchev sings until dramatically killed by prerecorded gunshots. What follows is an acted-out, entertaining audition for six candidates (Maria Tepavicharova, Lora Nedialkova, Yordanka Popova, Teodor Koychinov, Steven Achikor, Roburt Iliev) in a forthcoming musical, still awaiting subsidy, its dramaturgy unset, and the promise of famous choreographer joining later. The contenders must prove their voices on Dimchev’s songs and answer the provocative questions by him, which would magically appear on the wall of the bar after their brutal death.

Funny, absurd, vulgar at first, the questions and songs gradually reach into places of shared hurt. War, rape as a weapon, the body as a commodity, ‘Sex with Putin or Dalai Lama?’, homophobia, Covid emergency units, ‘Being in Hell with Jesus or in Heaven with Trump?’ are examples of the work’s ever-changing rhythm between the grave and the ridiculous. Once the performers go backstage, Dimchev turns to the audience, and we laughingly answer them collectively.

The piece acts as a quasi substitute for the imagined musical and as a comment on contemporary performance, parodying its financing, contents, and genres. The choreography is kept simple: jumping around the white leather couch, rousing the audience like at a cheap party, a pole dance without the pole, Jesus dancing the lusty kyuchek (a signature Balkan Roma dance) in his underwear. It is a gesture towards intentionally “bad choreography” which wilfully refuses to fulfill the brand expectations of Impulstanz and Ivo Dimchev. Its deliberate mediocrity is refreshing and welcomed by genuine and warm-hearted laughter.

I once again felt that the clichéd act of involving the audience has gained new value after the isolated and online performances of the past two years; just a pity that the closing group choreography with audience members was obviously staged.

The bottom line: An entertaining event which is not ashamed of itself
You may also like... 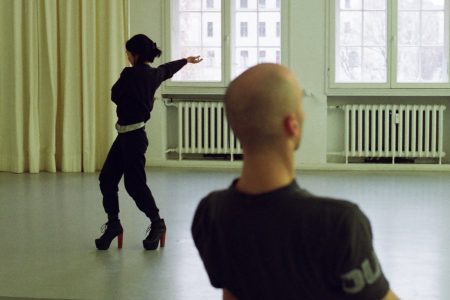 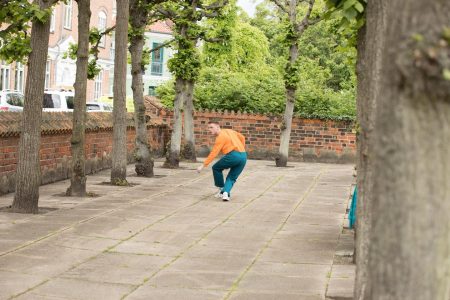 Slow motions through climates of change